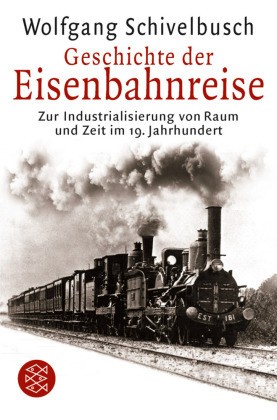 Wolfgang Schivelbusch . GESCHICHTE DER EISENBAHNREISE
In his elegantly written classic 'The History of the Railway Journey', the great cultural historian Wolfgang Schivelbusch tells how crucial the greatest innovation of the 19th century shaped people's lives in modern times. The invention of the railroad was a decisive moment in the history of technology. It fundamentally changed the perception of space and time and marks a new phase in the civilization process. Contemporaries were concerned about the health consequences - would people be able to cope with the new speeds? Using the example of the railroad, Wolfgang Schivelbusch shows how new technologies and changes in the psyche of people are connected - and also reflects the consequences of the digital revolution in a new foreword written in 2014. An exciting and stimulating essay for everyone who is interested in the effects of new technologies on people and society.
€10.95 *