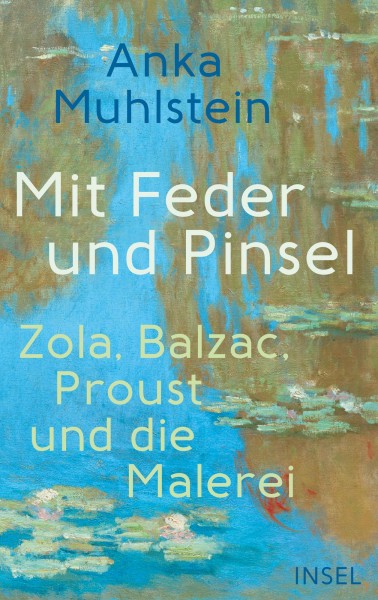 Anka Muhlstein . MIT FEDER UND PINSEL
Balzac wanted to write like a painter paints, paintings by Manet or Degas served as the starting point for Zola's novels: In her new book, Anka Muhlstein sheds light on the importance of visual art in French novels of the 19th and early 20th centuries: Balzac, Zola, Proust, Huysmans and Maupassant. With her own ease and expertise, Anka Muhlstein discusses artistic themes and motifs in the works of some of the most famous French writers, sets new accents in their careers and offers interesting insights into the relationship between visual art and literature. Since the opening of the Louvre, paintings have been the theme in France. Close friendships between writers and visual artists, such as those between Zola and Cézanne or Manet, or intense influences, such as that of Delacroix on Balzac, were not uncommon. And fictional artists, like Prousts Elstir, play a central role in many novels.
€25.00 *