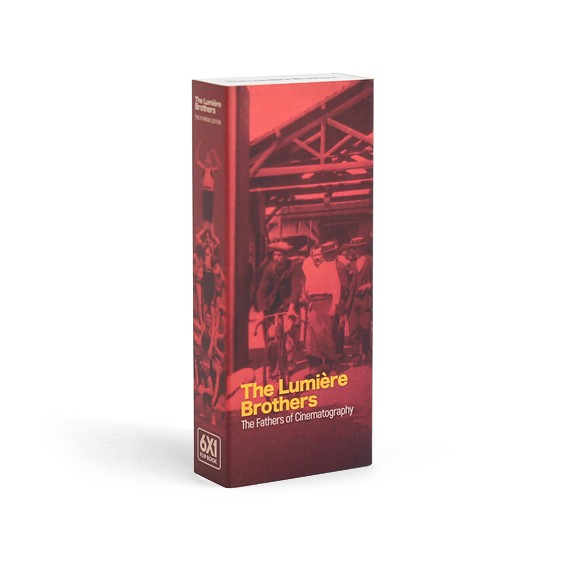 Flipbook . FLIPBOKU . Lumière Brothers
Auguste Lumière (1862  1954) and Louis Lumière (1864  1948), were among the earliest manufacturers of photography equipment, best known for their Cinématographe motion picture system and the short films they produced between 1895 and 1905. Their screening of a film lasting just 46 seconds on 22 March 1895 at the Society for the Development of National Industry in Paris was the first presentation of a projected film and is widely regarded as the birth of cinema. The flip book comes with an Augmented Reality feature, that you can visualize when scanning the front cover with your smartphone or tablet: a 3 minutes mini-documentary about the Lumière brother's life, their background and their most outstanding work. To access the AR content, simply scan the QR code included on the slipcase, install the Artivive App, open it and view the flip book on your screen. (Image: Flipboku)
€15.00 *